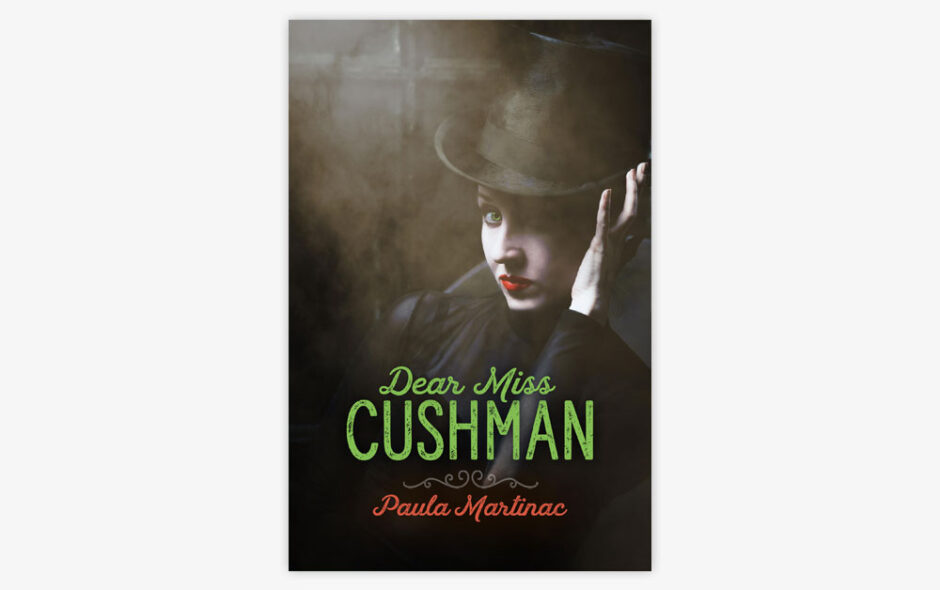 “Grounded in the nitty-gritties of 19th-century theatrical life, Dear Miss Cushman is a sparkling coming-of-age story about the roles free spirits shape for themselves, both on and off stage. Credible, engrossing, entertaining stuff.”

—Emma Donoghue, award-winning author of Room, The Wonder (Netflix film coming 2022), and The Pull of the Stars

In 1850s Manhattan, 18-year-old Georgiana Cartwright witnesses the downfall of her father, a renowned actor who disgraces himself by performing drunk. When he deserts the family, Georgie is expected to save the day by marrying well. But a traditional life isn’t for her. She has a flair for acting and aspires to be as independent and successful as her idol, the great actress Charlotte Cushman. Georgie convinces her mother to invest in acting lessons that will help her secure a theater position.

At a student performance, a prominent theater manager spots Georgie’s talent and hires her as a walking lady—a supporting actress expected to learn multiple roles in short order. Georgie soon thrives in the theater world with the help of a trio of young friends: Ned, the son of immigrants and a walking gentleman at the theater; Sallie, a free black girl who serves as the ladies’ dresser but has a secret occupation on the side; and Clementine, a budding scribe determined to make her mark on the literary landscape—and to win Georgie’s heart.

Favorable reviews garner Georgie bigger roles and the promise of a bright future, until unwanted sexual advances from within the company threaten to derail her career. Following Cushman’s example, Georgie seeks to prove herself in breeches roles, parts written for men but performed by women. With a thrilling gender-bending turn in a Shakespearean tragedy, she gains confidence and respect, but her harasser won’t give up. Will she be able to vanquish him and find success—and love—on her own terms?

“Seemingly effortless historical fiction from one of our finest writers puts us in 1850s Manhattan as we follow Georgiana Cartwright, an aspiring actress who wants to play men’s roles (“breeches parts”) like her heroine Charlotte Cushman. Totally immersive and wickedly funny in spots, this mid-nineteenth century love letter to actors and the art of the stage is sure to keep you turning pages.”

—Out in Print blog

“Dear Miss Cushman is an adventure steeped in the American theater. Deeply researched, it challenges the traditional view of 19th-century gender and sexuality, exploring what it takes to be the hero of one’s own story.”

Now available from Bywater Books or your favorite bookseller!