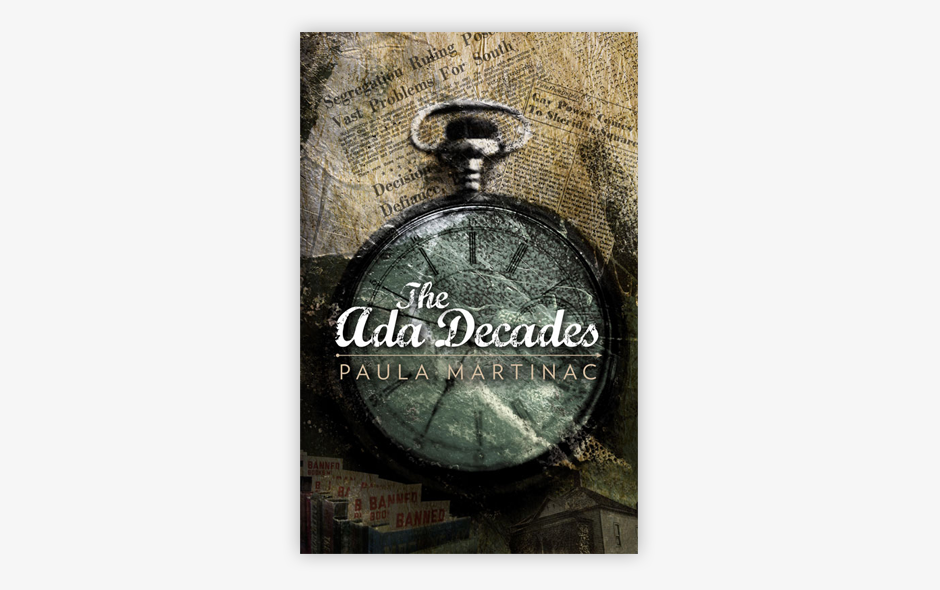 FINALIST FOR THE 2018 FERRO-GRUMLEY LITERARY AWARD!

FINALIST FOR THE FOREWORD INDIES AWARD FOR LGBT FICTION!

FINALIST FOR A GCLS GOLDIE AWARD IN HISTORICAL FICTION!

A girl from a Carolina mill family isn’t supposed to strive for a career, but Ada Shook graduates from college on a scholarship and lands a plum job as a school librarian. The South rocks with turbulence in the 1950s, and Ada finds herself caught in the ugly fight to integrate the Charlotte public schools. At the same time, she makes friends with Cam Lively, a teacher who challenges her to re-examine her narrow upbringing. The two young women fall in love and throw in their lot together, despite their underlying fear of being found out and fired.

Over seven decades, Ada is witness to the racism laced through her Southern city; the paradox of religion as both comfort and torment; and the survival networks created by gay people. Eleven interconnected short stories cover the sweep of one woman’s personal history as she reaches her own form of Southern womanhood – compassionate, resilient, principled, lesbian.

“In this time of America’s seemingly shrinking public heart, comes The Ada Decades, showing us that history is the life of the heart, of a region, of social struggles, of desire trying to surface with dignity. When I turned the last page of this compelling and effortless novel, when I had to say goodbye to Ada and Cam and the North Carolinian streets they walked for over seven decades, I kept hoping there was more. Martinac is a wondrous story teller who does not duck the hard stuff but finds the grace in her characters that makes all our lives more possible. Eminently readable, historically insightful, realistically romantic. For the new lesbian and the old, for all, Cam and Ada will stay in your hearts. We need them now more than ever and we need this writer, Paula Martinac.” – Joan Nestle

Press coverage of The Ada Decades:

“How a Simple Observation Turned into a Period Novel” (Creative Loafing, April 19, 2017)

Order at Bywater Books or from your favorite bookseller, like Malaprop’s or Indiebound.org

Read more about how I came to write The Ada Decades on my history blog, “The Queerest Places.”